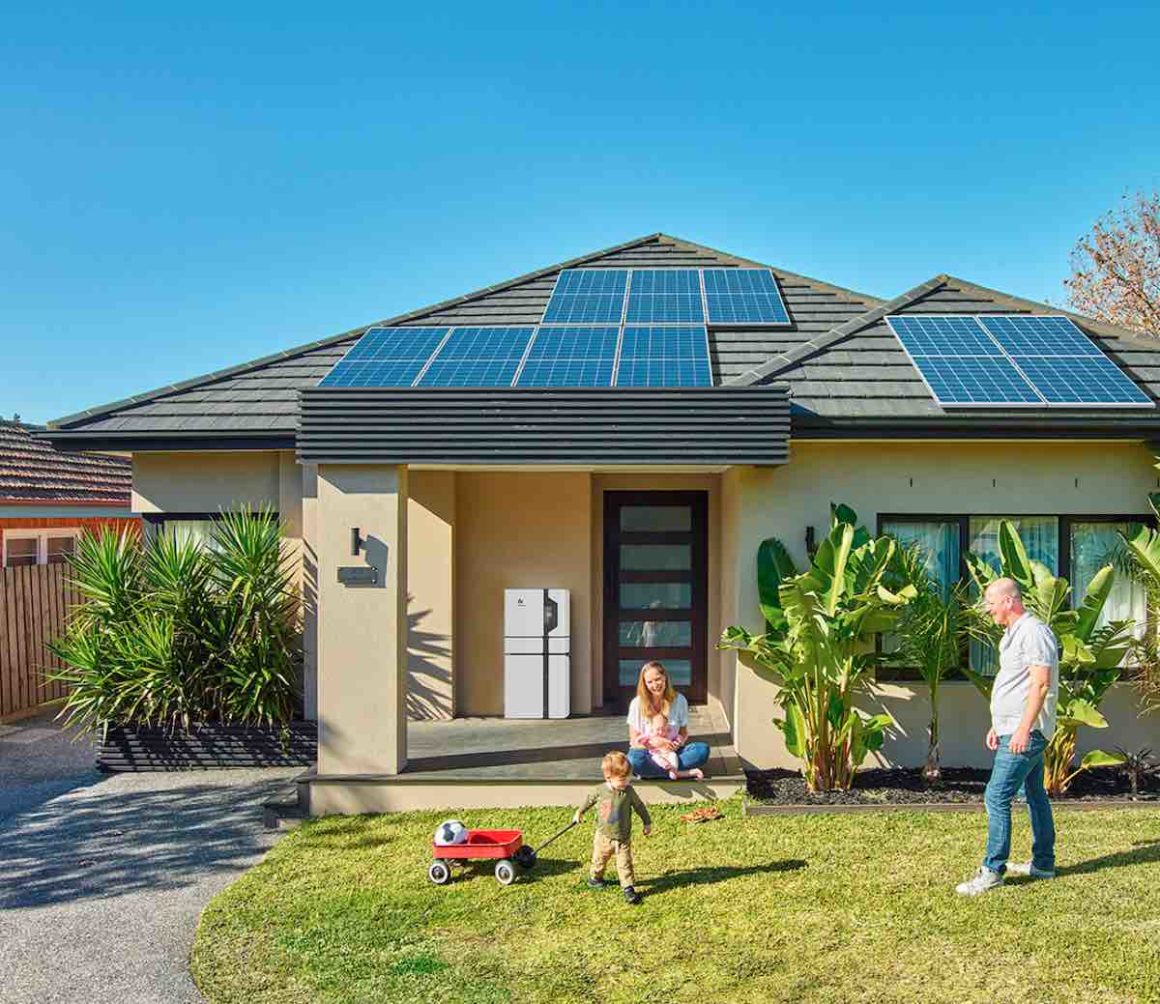 Batteries are undoubtedly part of our energy future. Should you put one in your home now to store solar output, manage your energy use and cut costs? It really depends on what you want to achieve.

Studies in 2017 and 2021 identified key motivations for installing home batteries:

With these goals in mind, our research suggests it’s hard to justify buying a battery right now on cost savings alone. If other reasons also matter to you, it might be justified.

Using your own solar

If you don’t have a battery, when you need more power than your solar system generates it’s imported from the grid. You can also export surplus energy to the grid and be paid for it.

But, as solar capacity grows, the maximum power new solar system owners are allowed to export is being limited in many locations. And if too many people in your street are exporting, the local voltage will go high and solar inverters will curtail generation.

One way you can avoid curtailment is by shifting some of your energy use to the middle of the day. Significant loads that could be shifted include:

The graph below shows an example of the energy that could be transferred each day of a year, averaged over 40 houses at Lochiel Park, a precinct of low-energy housing in Adelaide. 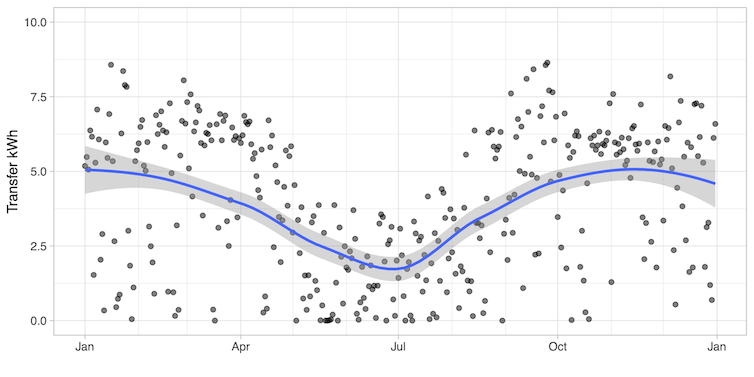 Average energy transfer for each day of a year.

For these households, a battery with an 8kWh capacity could handle the energy transfer most days. However, the average energy transferred each day is only 4kWh because some days have low surplus generation or low overnight demand. Households with large solar systems and large daily energy imports from the grid can transfer more.

The battery itself will limit rates of charging and discharging. If you are generating more power than it can handle, some of the surplus will be exported or the solar output could be curtailed. If your load is more than it can handle, you will need extra power from the grid.

Storing surplus solar energy and using it instead of fossil-fuel energy from the grid will have environmental benefits.

Most home batteries are lithium-ion batteries. Despite concerns about the environmental impacts of a lithium-ion-led energy revolution, efforts are being made to reduce these impacts.

Other ways to reduce environmental impacts without a battery include:

A 2017 study found nearly 70% of respondents wanted to eventually disconnect from the grid. Remote households have done it for decades, but need large solar systems and large batteries backed up by diesel generators and gas for heating and cooking.

Being connected to a grid has significant benefits. When not generating enough solar power you can get energy from somewhere else. And when generating more than you need, you can send the surplus somewhere else that needs it. Connecting many loads to many generators increases flexibility and efficiency.

A home battery can let you run your home when the grid fails, but you may need extra equipment to isolate it from the grid at such times. Being off-grid means you may also need to manage your battery differently to keep enough energy in reserve to meet your needs during outages.

You could use a battery to reduce costs in two ways:

The cost of electricity varies throughout each day, depending on demand and on available generation. If you have a meter that records when energy is used, time-of-use and dynamic tariffs will allow you to make the most of price fluctuations.

If the difference between your feed-in tariff and your peak import price is 40c/kWh, each kWh of solar energy you store then use during the peak period saves you 40c. The graph above showed an average daily transfer of 4kWh, saving $1.60 per day. But this household requires an 8kWh battery, costing about $9,600. The payback period is over 16 years – beyond the warrantied life of the battery.

In 2017 we simulated battery use for 38 houses with solar to determine the viability and payback period. Each dot in the graph below indicates the payback period for a particular household with given battery size. The horizontal axis shows the annual surplus energy it generated. 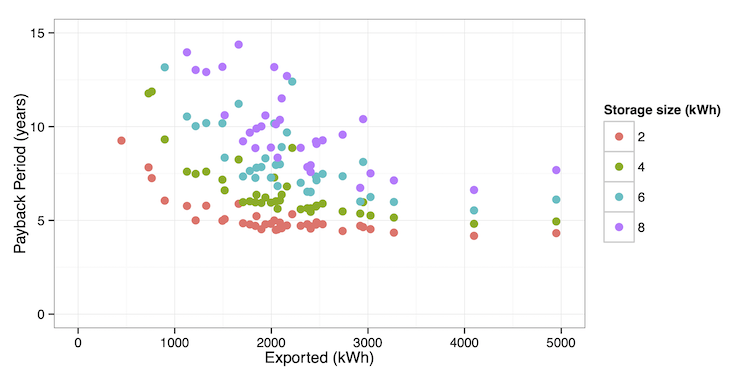 The payback period is better for smaller batteries, which cost less, and for houses with larger annual export.

We assumed a price difference of 40c/kWh between import price and feed-in tariff. We also assumed a future battery price of $600/kWh – we are not there yet (unless you can get a generous subsidy).

The other way of reducing the payback period, and supporting the grid, is to join a virtual power plant (VPP). A VPP is a network of home solar batteries from which the electricity grid can draw energy in times of need.

VPP operators typically offer discounts on the battery cost, its management to take advantage of the retail tariffs on offer, and payments for allowing them to use your battery to trade energy on the electricity markets. Subsidies and payments vary across VPPs.

Other options might be a better bet at this stage

Understand why you want a battery before you start looking. There are other options for making better use of your solar generation, getting clean energy and reducing your costs.

If you have a large solar system, high grid imports and can get a good subsidy, or if you just want cutting-edge energy technology, then you might be able to justify a battery.

If you don’t have solar already, the economics of a solar system with a battery can look attractive. But the solar panels will provide most of the savings.

This article is republished from The Conversation under a Creative Commons license. Read the original article.

The post Thinking of buying a home battery? Here’s what you need to know appeared first on One Step Off The Grid.